Dr. Joseph Sparling Looks Back on a Life Devoted to Enriching Early Care and Education

Home > Dr. Joseph Sparling Looks Back on a Life Devoted to Enriching Early Care and Education

Published by CounciLINK on February 27, 2020 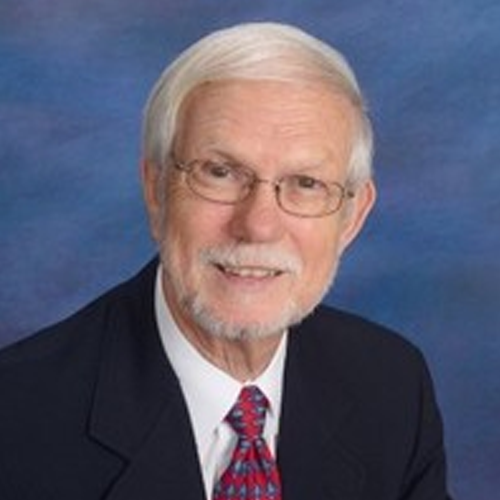 How can early childhood educators build their skills and boost social justice, too? One proven way is through the Abecedarian Approach, an educational model that has been changing life for vulnerable children since its start in 1972. “That was about the same time that Head Start and the Child Development Associate® (CDA) also began,” says Joseph Starling, one of the founders of the approach and board chair of a foundation that trains educators and parents in countries around the world.

The programs all shared a commitment to righting social wrongs, he explains. “I think something was happening in our nation at that time. There was a growing awareness of the need to increase “equity in society” by surmounting the odds of developmental delays and school failure for children from low-income families. “These were children who weren’t doing as well as their more advantaged peers and tended to wind up in special education though they didn’t have any physical or mental issues. We wondered if we could prevent that by changing their school achievement.”

The search for an answer took Sparling and Craig Ramey to Chapel Hill, NC, where they conducted a landmark study. In the Abecedarian Project, the researchers recruited 111 young babies from impoverished moms, many of them single parents with a history of substance abuse or poor performance in school. Then they randomly split the sample in two. The control group received baby formula, diapers, social assistance and good health care. The test group of 100 babies attended an innovative educational program for five years, five days a week, all year round.

The program itself isn’t “rocket science,” Sparling laughs. “It uses techniques that aren’t super different from what you get in really good early childhood care and education. But they are different enough to produce some great results. They especially have to do with adult-child interaction and making every moment a teachable moment, whether you’re changing a diaper or buttoning a child’s coat, reading books together or singing a song while you’re preparing food. It’s very care-based and play-based, instead of being an academic sit-down-and-learn-this approach.”

“I want to elevate the notion of care as something that is of high importance and has a lot of skill to it,” Sparling says. “So, I use the term enriched caregiving as one of the skills that educators need to learn. We do care, we do change children’s diapers, we do help them with their clothes. That is care, and if you add all the other components of the Abecedarian Approach, it’s not a less important time than the time you sit down and play a game. It’s equally important if you do it right. Every interaction has educational value.”

None of this comes naturally to parents, Sparling explains. “You learn parenting from the milieu you grow up in. If you don’t have enriched parenting yourself, you don’t have the same opportunities to learn it. If your parents brought you to the library and took you to concerts, and you see other people doing these things, you’re going to do them as a parent. But there is a substantial portion of society that does not have these experiences, and therefore their parenting is somewhat different.” And by the time their children get to kindergarten — or even preschool at age 3 — “they’re already behind and have to catch up.”

We now know the vital importance of the first three years when the brain forms neural networks that affect learning and social skills for life. Brain imaging now shows the damage that poverty and trauma can inflict on developing minds. But we didn’t have the ability to image brains back in the sixties when Sparling had a job that made him suspect we don’t use those early years as wisely as we can.

“I was a public-school principal and teacher for five or six years, and it shaped my thinking,” he recalls. “In that time, I started to see how important the early years were as I conducted my own little experiment on what’s going on with children. I started teaching sixth grade and every year I moved down a grade. I got down to second grade before I went on to do my Ph.D. and by then I was convinced that the early years were what we should focus on, especially for children who come from an environment of poverty. If we don’t, there’s going to be a loss of human potential and a loss to society, too. Children who don’t get the care and education they need during those enormously important years are going to have poorer jobs, they’re going to be less healthy, and they’re going to use social services more.”

The data proved his point as Sparling and his colleagues followed the North Carolina children over the years. By the age of 15 months, the children in the test group were more responsive than the children in the control group. At about two years of age, the differences between them were dramatic. By the time, the children were 30, they were four times as likely to have earned a college degree and 42 percent more likely to be employed. There were health benefits, too, since the test group had lower blood pressure and less risk of diabetes.

It’s one facet of the work Sparling has been doing around the world, in places ranging from Canada to Denmark, Romania to rural India, Zambia, Pakistan, Baltimore and the Australian bush. “Though I’m 84,” he says, “I’m going to do research and respond to requests to go new places as long as I can. But my primary goal now is to work with the Abecedarian Education Foundation to provide people with training in our approach. I want them to know the training is available to early childhood educators and parents and that it will help them get the wonderful results we saw in North Carolina.”

The training only takes 18 hours, so it doesn’t demand a big investment of time, Sparling says. “It’s typically done in universities or colleges, like the CDA. But you’re not enrolled in college. You’re involved in a workshop that gives you practical skills. You learn very specific things to do with children each day in terms of caregiving, language development and socialization. Trainers can incorporate it into any early childhood program they teach, and the candidates will be better off.”

“It’s also effective in a wide range of cultures,” Sparling explains, “because we partner with local people to put things in their context. The interesting thing is that in Australia we’ve worked in both the big cities like Melbourne and the very remote villages of the bush. The Abecedarian Approach is very well accepted in both places since it’s not a curriculum at all. Instead it’s a step-by-step strategy for interacting with children.”

And many educators are fans, going by the positive feedback they give after they attend the training. “I am absolutely loving the Abecedarian Approach and am seeing the incredible difference it is making to the children’s learning,” said an educator from Australia. And an educator from Canada saw how the training gave her a better grasp of children’s needs. “You have to take a little bit of extra time to sit and think about each child and their individual goals. You really do have to work on the whole child. And then because you are doing all that, you get such a strong bond with the children. So, you really have such an investment in their well-being.”

Educators who are adept at Sparling’s unique approach really can make a difference in children’s lives, according to Meishay Gattis, one of the North Carolina children involved in the original study. He came from a disadvantaged background and was considered to be at risk of falling behind in school. Now he’s the executive director of the YMCA of the Greater New York area, and he credits his success to the high-quality early care and education he received. “Hadn’t I had that” he asks, “who knows where I would be?”

As Sparling looks back at outcomes like this, he feels blessed that he can keep doing this work. And he still looks forward to making the future richer for children. But he admits that he did get something wrong right from the start. “Our first objective was to improve school achievement. We weren’t attempting to change lives. But to our surprise, that’s what actually happened. “

Salish: An endangered language lives on through the CDA®

At the Council, we are proud of sharing CDA® success stories with you to show the importance of the work we do daily. Anthony McKinsey, Marisa Ray, and Devon Peone, from the Salish School of...

On May 4, our Renewal & Credentialing Team hosted its first Online Renewal Live Chat. In this live chat session, we answered questions from the audience about the new renewal procedures. My colleagues Raquel A....

The amount of websites devoted to the early education field is vast, but it is just a matter of finding the ones and using them as technology tools to enhance your child care program in...

Updating your Goals as a Child Care Provider

As early childhood professionals, we must constantly set new goals for our child care programs and try to stay ahead of new trends within our field. We need to strive to mentally absorb the all...

5 Steps to Obtain a CDA Credential

Are you considering applying for a Child Development Associate® (CDA) Credential™? The CDA® credential has many valuable benefits for all early childhood professionals, including helping early educators meet current state and national professional requirements and serving...

Consider for a moment these everyday activities; inviting parents to volunteer in your classroom, recommending breastfeeding resources, or talking about child development milestones with friends and family. While perhaps unconventional, these activities are everyday advocacy!...

https://www.youtube.com/watch?v=g7GrPCWBROM I am excited to invite you to our 3rd Annual Early Educators Leadership Conference at the beautiful Lansdowne Resort in Leesburg, Virginia from October 12-15, 2016. This meeting has sold out for the past...

A very tired mother brought her 4 month old daughter to a day care center telling her teacher, “She was up all night crying. I wanted to go get her but my husband said I’m...

The end of the year is always a good time for reflection – and we at the Council look back on 2015 as another banner year in our service to you – the early care...