Hailed as “Heroes,” Child Care Workers in Some States Are Denied Vaccine Priority 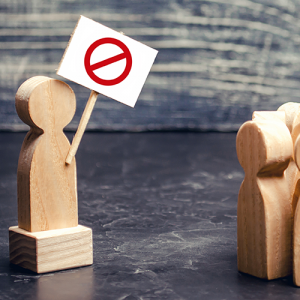 For months, they have been described as “essential workers,” celebrated for their sacrifices and hailed as heroes for their role in keeping the country going in the face of a deadly pandemic. But with vaccinations underway—and an end to the exhaustion, fear and suffering finally in sight—early childhood educators in some states have found themselves snubbed by the very people who once praised them for stepping up in a crisis.

5 Steps to Obtain a CDA Credential

Are you considering applying for a Child Development Associate® (CDA) Credential™? The CDA® credential has many valuable benefits for all early childhood professionals, including helping early educators meet current state and national professional requirements and serving...

Consider for a moment these everyday activities; inviting parents to volunteer in your classroom, recommending breastfeeding resources, or talking about child development milestones with friends and family. While perhaps unconventional, these activities are everyday advocacy!...

https://www.youtube.com/watch?v=g7GrPCWBROM I am excited to invite you to our 3rd Annual Early Educators Leadership Conference at the beautiful Lansdowne Resort in Leesburg, Virginia from October 12-15, 2016. This meeting has sold out for the past...

A very tired mother brought her 4 month old daughter to a day care center telling her teacher, “She was up all night crying. I wanted to go get her but my husband said I’m...

The end of the year is always a good time for reflection – and we at the Council look back on 2015 as another banner year in our service to you – the early care...

Being a Bilingual Teacher in Early Childhood Education

As the population of young children keeps getting more diverse in this country, many schools and programs are seeking teachers and assistants that speak the languages needed in their classrooms. However, it is not enough...