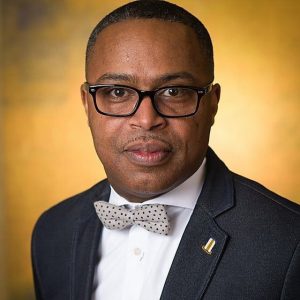 Our country recently lost the “conscience of Congress.” Last month civil rights activist and longtime Georgia lawmaker John Lewis passed away. Throughout his life, he stood up for those whose voices weren’t heard and fought to ensure justice for all. He joined the Freedom Rides of 1961 to protest Jim Crow laws in the South, played a key role in the 1963 March on Washington and led a march from Selma to Montgomery, AL, which sped the passage of the 1965 Voting Rights Act. After entering office in 1986, he called for health care reform, anti-poverty measures and improvements in education. The burden of our fight for equality was made lighter by his efforts. Now it’s time for us all to pick up his mantle and make a commitment to change.

“We may not have chosen the time, but the time has chosen us,” Lewis once observed. And COVID-19 has put a spotlight on issues that fueled his fight as it hits people of color especially hard. They’re more likely to fall ill to the disease, get laid off from work and lose the child care on which they depend. They’re also less likely to hold jobs that let them work from home or have the internet access on which online schooling depends. So, their kids are more likely to fall behind and that could lead to more inequality later in life.

Sadly, child care is not a civil right, but centers are striving to provide it as the pandemic rages on. There’s a lot of focus on reopening child care settings in ways that keep our youngest children safe. Providers are taking steps to sanitize classrooms throughout the day, coming up with new protocols for pick-ups and drop-offs, making sure each child has their own materials to use during the day, and thinking about what do if a child gets sick and they have to close the center for a number of days.

It’s a big list during this pandemic and even more daunting because recent closures have put many child care providers in the red. So, we should applaud the U.S. House of Representatives, where Lewis once served, for passing the Child Care is Essential Act, a bill that grants providers a $50 billion fund to cover basic expenses such as payroll and rent.

We should now urge the Senate to heed the voice of conscience by also passing legislation to keep providers afloat. Providing an environment that keeps our children safe and gives parents peace of mind will benefit us all. But it’s most vital for vulnerable children and families of color like those for whom Lewis once relentlessly fought. As we wait for the Senate to do the right thing, we should remember the words with which Lewis approached the challenges he faced: “Be hopeful. Be optimistic. Never lose that sense of hope.”