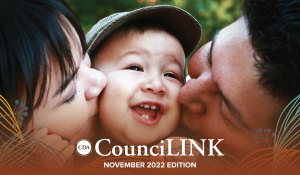 Native Americans view children as sacred because they have a close connection to the creator. It’s a lovely belief to keep in mind as we mark Native American Heritage Month this November. And one of the best ways we can honor our wakanjeya, or “sacred little ones,” as the Lakota tribe refers to children, is to guarantee them quality early learning. And New Mexico recently took a step in that direction. After a political fight that goes back more than a decade, New Mexico voters approved a ballot measure that made the state the country’s first to guarantee a constitutional right to early childhood education.

The measure will boost state funding for public schools and help all of New Mexico’s children, including those from its sizable Native American population. But there’s a need for more work to ensure equity in early learning for Native children, including training more Native teachers. During the last school year, 10 percent of students in New Mexico public schools were Native compared to 3 percent of teachers, according to the state education department. And this imbalance goes way back. As a result, “many of our children will never see a Native teacher in their entire school career and that’s simply because the pipeline is not there to support Native Americans as they come out of high school,” said Rep. Derrick Lente, D-Sandia Pueblo, who has sponsored bills to improve education for Native children.

One of the people who’s also advancing this goal is Candida Hunter, senior director of tribal affairs for First Things First, an Arizona government agency that supports programs statewide through grants to community groups that serve young children and their family members. Read her profile this month to learn how she helps ensure effective relations between her agency and the state’s tribes to foster the provision of early childhood care in culturally responsive ways. The partnerships she forms with tribes allow Native people to have the say they deserve in the formation of their future leaders.

“And a priority for the tribes is to train their own people to teach young children,” Hunter explains. “So, we fund programs that provide scholarships for early childhood teachers and support CDA® training in local high schools.” Many of these CDA students, as Hunter has seen, go on to get their BA, then come back to teach in their tribal communities.

We need more teachers like this, according to Native advocates for children. One of them is Wilhelmina Yazzie, who sued New Mexico in 2018 and won a judgment saying the state must improve its public schools for students who are Native American or English language learners, who come from low-income homes or are disabled. They’ll all benefit from more funding for public schools, Yazzie acknowledged after the passage of the recent ballot measure. “I got emotional,” she revealed, “because this is a big step for our children. And this is what we’ve been fighting for, for so long.”

The Council has also joined the fight to advocate for children, as our CEO, Dr. Calvin Moore, explains. This month you can read about his efforts to give young children the teachers they need by standing up for men in ECE and urging Congress to expand the reach of the CDA. “The Council is not new to the advocacy arena,” he tells us in his latest blog. “We’ve been battling for the ECE profession since our nonprofit began in 1985. What has changed is that we’re now using our own voice to tell our own story and advocate for the CDA as a way to relieve the current child care crisis and raise the status of our profession.” Having more qualified teachers, like those who’ve earned a CDA, will help ensure that all our country’s cherished little ones get their sacred right to a quality early education.