Alabama Board Meeting was Successful, Informative

Published by CounciLINK on February 28, 2019 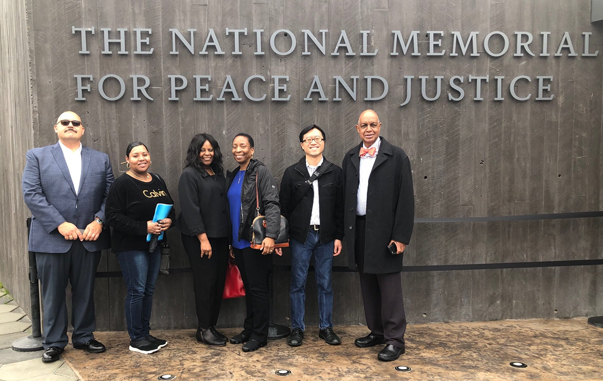 Council staffers and its Board of Directors spent several days in Birmingham for their annual meeting (Feb. 12-15) at the Tutwiler Hampton Inn. Valora Washington, the Council’s CEO, said she and the Board chose to hold their meeting in Alabama because of the state’s commitment to funding and innovative teaching for its youngest citizens.

Case in point: According to a 2017 State of Preschool Report from Rutgers University and the National Institute for Early Education Research (NIEER), First Class Pre-K – Alabama’s voluntary pre-kindergarten program – is available in all 67 counties. And, as of the 2017 school year, the program serves more than 14,000 4-year-olds. That’s up from 750 children in 2000, the program’s first year.

“Alabama, in general, and Birmingham really have a big early childhood agenda so we want to congratulate them,” Washington said. “We’re really here so we can see it on the ground.”

Part of the kinship with Alabama is tied to the popularity there of the Child Development Associate (CDA) Credential™, which, of course, is administered by the Council. Currently, Alabama has nearly 6,000 ECE workers who hold CDAs.

Washington said that more innovative means of teaching, equitable wages for early childhood educators and deep public investment in the field of ECE will be needed to satisfy the diverse educational needs of Generation Alpha – the group of children who are now babies, toddlers and preschoolers.

She lauded Alabama’s efforts on the state level, while pointing out that it also had gotten two competitive federal Preschool Development Grants: $17.5 million in 2014 and $10.6 million in 2018.

“We’re encouraged to see that Alabama is really investing in the workforce and helping the staffs to get the credentials and the professional recognition they need to support young children,” she said.

Council Board member and Alabama native Calvin Moore, previously the state’s Child Care administrator, said that public-private partnerships have helped pave the way for the state’s success with ECE.

“None of this could even happen without leadership buy-in,” Moore said. “We have political leaders, state leaders in corporations and nonprofit entities all working on the same page. It’s taken a while … but I think in the last decade we’ve made some really good strides in supporting early education because there is an actual return on investment.”

Moore added: “The numbers of people who have their CDA and are working on their CDA in the state and receiving state support for getting their CDA, that’s a vibrant number to look at.”

While in Alabama, the Council and its Board met with state ECE Secretary Jeana Ross and others, such as Joy Winchester, director of the Office of Early Childhood Development and Professional Support. They also visited faculty, students and former students a Jefferson State Community College.