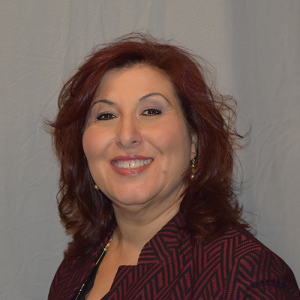 “It’s important for us to put ourselves in the shoes of young, immigrant children,” says Najwa Dahdah, CEO of Empowered Child Care Consulting. “We don’t know what they’ve been through, whether it’s trauma or just assimilating into a new country. We need to send them the message: I hear you and I want to support you without judgement or bias.” It’s what she did as owner of a child care center when a young girl hid under a table after a teacher turned off the lights. “I asked the child what was wrong,” Najwa recalls. “And it broke my heart when she said, ‘There’s going to be a bombing.'”

Children like this need culturally responsive educators, like the ones Najwa currently trains through her company in Utica, MI, just a short drive from Detroit—and many miles from where Najwa grew up. “My family immigrated to the United States from Jordan when I was 11 years old,” she recalls, “and it was really hard for me to adjust and fit in, especially since we, as Arab Americans, immigrated into a population that was largely Hispanic. My ESL teacher was Hispanic, and she was welcoming and warm. Still, it was hard to communicate with her and really express my needs. So, I can empathize with what young dual language learners go through when they come to this country.”

The obstacles she faced didn’t stop her from finding success as an assistant manager at Comerica Bank, but a family crisis led her to find her true path in life. “My brother had a bitter divorce,” she recalls, “and I wound up taking care of his two children, as well as two of my own. I needed to watch them all, so I opened a home-based day care.” At first, she thought of it as “babysitting,” but she realized the value of what she was doing after going through the licensing process and earning her Child Development Associate® (CDA) credential. Since then, she has gone on to open a child care center, earn her master’s degree in early childhood leadership/administration and teach at a community college; giving many others the tools they need to succeed in the ECE field.

Twenty years after earning her CDA, she’s guided over 300 students in earning the credential. “I’m a firm believer in the CDA,” she says. “I think it’s the foundation for understanding best practices in early childhood education, and it also provides a great opportunity for climbing the career path in the field. That’s been my goal since I started Empowered Child Care Consulting, and I’m proud to say that over 35 of our CDA students have gone on to earn their associate degree and provide our diverse communities with the culturally competent services that they need.”

It helps that many of her students come from the communities they serve, as she explains. “There’s a large population of immigrants, here in Michigan and other states,” she says. “Many of them come to this country with a good education. But it’s so hard for them to start over and find a job. So, what better way for them to go forward than to be culturally responsive educators. They already understand the language and they know the hardships that families and children are going through as they make a new life in this country.”

Some have been through wars. So have the educators that Najwa trains, including a woman who came to the U.S. from Iraq with her bachelor’s in computer science. “She couldn’t bring her transcript here because of the war,” Najwa explains, “and she wound up working for me when I had my child care center, Creative Kids. When I sold my center to start Empowered Child Care Consulting, she moved on to Head Start. Then she earned her CDA and her associate degree as she kept pushing to advance her career. Besides these educational achievements, she speaks three languages—English, Arabic and Chaldean (the language of Christian Iraqis)—so she brings much value to her current role as a family advocate.”

We need more educators like her who understand different languages and cultures, as Najwa knows well. And she believes that we can find them among the parents of immigrant children. “The parents know first-hand the difficulties and traumas that some of our children have been through. They know the language and the culture. So, I believe in recruiting these parents to be volunteers and training them. And I spread the word about my program through Facebook and in informational sessions we hold with local ESL programs. I also bring donuts and bagels to local churches and mosques, where I hold meetings. I tell attendees about the CDA, relate my story, explain to them what I’ve achieved. And it really excites them.”

Najwa has also made a deliberate effort to enlist men in her program because she knows how important it is for both young boys and girls to have a nurturing male figure in their lives. Granted, “it’s really hard for men from other countries to understand that they can be in the ECE field,” Najwa says. Still, she has enlisted a few, including a man from Yemen who’s now in his sixties. “Like most of the men who buy in to the program, he wants to open a home day care with his wife,” she explains. “The men look on earning a CDA as a chance to have their own small business.” And Najwa encourages them by telling them about her own experiences as a day care provider. “My husband helped me when I had my own home-based program,” she recalls. “He was on every field trip. He was at every event. We loved it, and it was financially sustainable.”

Still, the decision to earn a CDA and work in the ECE field shouldn’t just be about the money. When people choose to enter the program, Najwa, makes it clear in a firm but gentle way that they’re entering a profession. “I tell them that I know they want to work with children because they have children and love children. But they need to know they’re on a different plane now, so it’s not enough to be a person of good character who enjoys being with children. They need to make a commitment to the program.”

The training can be a lot for them to take in, and Najwa gives them the extra support they sometimes need. “The unique thing about us,” she explains, “is we support our students beyond the 12-week training period. If they need extra time, we provide it. We help them with the application process and really meet them where they are. We translate all the materials into Arabic, we work as groups, we role play. And all this really gets them engaged.”

Najwa has also sparked interest in ECE beyond her community by working with organizations that include the New England Arab American Organization and the Cooperative Development Organization in Massachusetts, groups that are committed to diversity and inclusion. “By collaborating with this culturally inclusive team, we have empowered communities and trained them for their CDA, a credential that allows them to build a future as home-based providers or even center owners,” Najwa says. “When you have communities that support such work, it’s awesome.”

And one especially promising project involves a partnership with Maine Roads to Quality to train Somali women in Augusta and Portland, ME. “We have a translator who speaks Portuguese like many of the students,” Najwa says, “and the women are super-excited about the training. They’re not all quite ready for the CDA, so we give them basic training in early childhood care and education. Then they can decide if they want to start working toward their CDA.”

Watching these women take their first steps in the ECE field makes Najwa realize how far she’s come since she first arrived in the U.S. as an immigrant child. “I know now that there’s a purpose for me. It’s working with different cultures, fighting bias and being a mediator who bridges differences in language and culture that hold people back.” So, besides her training work, Najwa also engages with advocacy groups to raise awareness of cultural differences, provide translation services and speak up for the diverse groups in her own state of Michigan and beyond.

“There are immigrant families and children facing challenges in every community,” Najwa says. And as an immigrant herself, she can put herself in the shoes of the people she supports and trains. “We come here to better our lives, to be able to raise children, and afford housing, so the CDA training really gives people the tools to get a job in the educational profession,” Najwa says as she looks back on her journey in life. Now she wants to walk others through their own CDA journey and empower them, too, for success.