New Jersey educator knows the rewards of giving and getting back 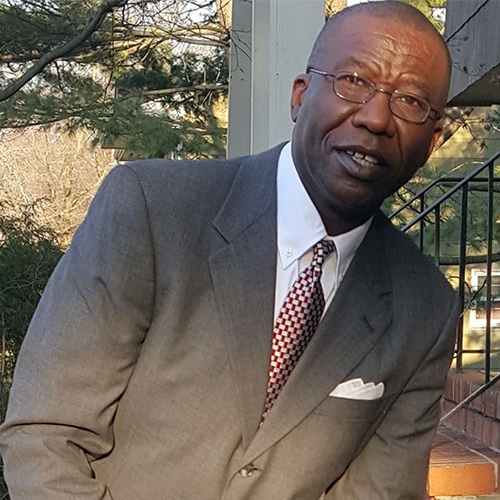 “I’ve always wanted to give back to society,” Michael Ukhueduan says. And this long-held wish led him to work in the early childhood field. “Growing up, I wanted to make positive changes in people and over the years, I thought, ‘What better place to start than with the youngest of the young, the little children who come through child care and education centers. I hope I can make positive changes in them that will carry through into their older years.” And Michael has pursued this goal for 25 years at the New Hope Development Daycare Center in Newark, NJ. He began as a board member and then board president of the center while employed as a behavioral therapist for children. This work strengthened his attraction to the early childhood care and education field, so nine years ago, he became director of New Hope.

He also gives guidance and hope to Child Development Associate® (CDA) candidates as a Professional Development Specialist™ (PDS) for the Council. For the past four years, he has fulfilled this role in order to spread best practices, pick up more knowledge and share it with others in his field.

In addition, working as a PDS has other pluses. “It’s rewarding,” Michael says, “to be invited into someone’s classroom or daycare and have them say, ‘Hey I trust you. I want you to come in and observe me and tell me how I’m doing. Come and grade me and with your help I will get my CDA.'”

Candidates trust Michael because he does whatever he can to put them at ease. “Some of the educators I observe are excellent at their jobs. They know what to do, but they do get nervous. So, I tell them, ‘I’m coming to observe you. I’m not here to judge your child care center. Just be yourself.'”

Michael thinks “you should take people for who they are,” and his warm, human touch clearly comes across to children in the centers he visits as a PDS. “Some of my best memories are about the children,” he says. “Sometimes, when I go to a site initially, I’m like a teacher in the classroom, instead of a PDS, because the children gravitate toward me. I let them know that yes, I’m a visitor, but I’m not there to scare them. So, I gain their confidence, I talk with them, I play with them.”

And he’s had some moving encounters. For example, the staff in one child care setting told him, “Wow! Clarissa doesn’t talk to strangers. She doesn’t even talk to us half the time. But look how she deals with you, Mr. Michael. She’s laughing and carrying on with you. She’s sharing her toys.” Even more amazing was the time when a child with autism was so drawn to Michael that he started crying when Michael had to leave.

Experiences like this have helped make Michael’s job as a PDS rewarding. So have the chances it offers also to change himself for the better when he’s helping educators be their best. “I’m not always perfect,” he says. “I’m not always right. And the people I work with help me see just who I am and what I’m doing right or wrong.” So, in giving to others, as Michael has come to see, he’s getting a lot back in return.