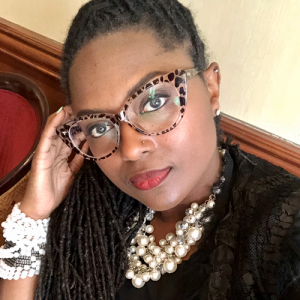 “To plant a garden is to believe in tomorrow,” as Audrey Hepburn once said. And Nicole shows her own faith in the future at Happy Sprouts Family Child Care, where she plants the seeds of learning for young children. Some of the thoughts Nicole works to put across at her Baltimore, MD, home might seem a bit complex, but she knows “how to bring things to a child’s level.” For instance, she encourages children to always be curious about the world by talking about Albert Einstein, a man who never stopped asking questions. She teaches them chess because it helps their minds work, and they love it when she tells them stories about the different pieces. She also reads them children’s history books because she thinks “we can’t understand where we’re headed if we don’t understand where we’ve been.”

Of course, the past takes some curious twists and turns, and you can see this when you look at Nicole’s own path to the early childhood field. Her first career after high school was as a technician for the Baltimore subway, as she recalls. “From 2001 to 2013, I worked the night shift making sure there was power to the rails, walking the tracks to do inspections and fixing the switches.” It seems like it was a big switch for her to enter the early childhood profession, but she’d gotten a taste for the field while working as a volunteer.

“My best friend had opened a family child care center so she could stay home to raise her twins and help other parents,” Nicole says. “And I gave her a hand while I was working on the rails. When I got off my job at 7:30 a.m., I would go to her house to serve breakfast to the children and work with them during the morning shift. When it was time for their nap, I would finally go home and get some rest”—a taxing routine, Nicole admits, “but I loved being with the children.”

And she decided to switch gears in her career after she became pregnant with her first child in 2013. “I began checking out child care and couldn’t find a quality program for my daughter at a reasonable cost. After crunching the numbers, it made sense for me to stay home with my daughter and open my own family child care center,” Nicole explains. This has allowed her to home school her two children, now seven and eight years old. “My son and daughter are both reading above their grade level, and they also help me out at the child care by coloring with the children, putting out meals and doing other useful chores. I joke that I should put them on the payroll for what they do to help the young children bloom.”

Nicole has also blossomed in her career by earning a Child Development Associate® (CDA) credential. “I had heard about the CDA® and was thinking about getting it because I wanted to learn more and be the best I could be at my job,” she explains. “But I had pushed it aside until 2018 when I received a newsletter from the Maryland Family Network announcing a new CDA program. The Council for Professional Recognition and the Maryland State Department of Education were partnering to help cover the costs of gaining the credential.”

“Once I began, I enjoyed the CDA process and the chance to build a peer network,” Nicole says. “I took the classes with a cohort of other providers, and we all gave each other a lot of support. I contributed to the group by helping some of the women who weren’t computer savvy with the online forms. And I gave advice to a fellow CDA student who reached out to me and asked how she could open a family child care of her own.”

The first step to success in the field is to complete the CDA program, as Nicole advises all family child care providers. “The CDA helps you understand new concepts, take new approaches to child care, learn how to communicate better with children. And that makes the CDA an industry standard,” Nicole points out. “I wanted to have it for myself because it’s a way to show parents that I’m a quality provider who can offer the best of care for their youngsters.”

And Nicole helps children be their best by stressing the value of play. “My family child care is a play-based program,” Nicole says. “In play, a child is always above his average age, above his daily behavior; in play, it is as though he were a head taller than himself,” as famed psychologist Lev Vygotsky once pointed out. And Nicole loves that quote. “These children understand much more than we give them credit for when they are playing.”

Nicole is especially intrigued by what Vygotsky had to say because she’s now earning her bachelor’s in psychology with the goal of one day opening a child care center “Taking psychology courses allows me to understand more about both child and adult development,” she explains. “And that matters because in family child care you’re not only dealing with the children. You’re dealing with the parents as well.”

The moms and dads who bring their kids to Happy Sprouts need a lot of hand holding, as Nicole explains. “Right now, all of my children come from first-time parents. As a first-time parent, you’re very nervous and questioning everything you do. So, I offer myself after hours to give them support, and they call me for advice when they face a new issue with their child.”

The partnerships she forms with parents help the children take important steps, as Nicole is happy to see. “For example, one child was nonverbal,” she recalls, “and wouldn’t interact with any of the other children. But that changed after I worked closely with his parents for six months. That child is now flourishing, speaking in complete sentences and playing with the other children.”

That’s Nicole’s biggest success story, but it’s not the only one, she says. “Parents often come back to see me when their children are in grade school and rave about how well they’re doing. I’ve had moms and dads tell me that being in my child care really prepared their children for school and helped them excel. I’ve always strived to give the quality care I wanted for my daughter when I first started my child care over eight years ago. Now It gives me pride to know that I’ve nurtured the tender shoots of success for other kids at Happy Sprouts.”