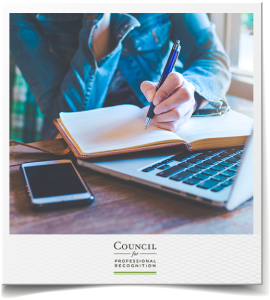 For the first time in three years, the Education Writers Association (EWA) gathered in person for their National Seminar in Orlando last month.

The event drew journalists from across the country to hear from leaders and innovators in education. This event is known as the nation’s largest and most influential gathering of education journalists, leaders, experts and communicators,

Highlights from this year’s seminar included Ms. Joyce Abbott, the namesake for the ABC sitcom “Abbott Elementary,” who was interviewed by The New York Times reporter Erica Green. During the Q&A session, Abbott discussed her career as an educator in Philadelphia and the current landscape for public education.

The seminar marked EWA’s 75th anniversary and examined the pandemic’s effects on learning at all levels.

The pandemic took a toll on the childcare workforce and the industry, with nearly 16,000 childcare centers and licensed family childcare programs closing permanently between December 2019 and March 2021 (Child Care Aware of America).

EWA featured a session that focused on “Rising to the Childcare Challenge.” The panel included:

The session was a primer on childcare and early education and the challenges the sector continues to face. Including facts such as:

Some states are looking to incentivize educators with one-time bonuses, as implemented in Washington, D.C. and Alabama. While others, like New Mexico, are taking steps to make significant changes to how early education is addressed in the state. In November, New Mexicans will vote on a ballot measure that would change the state constitution to enshrine a right to education not just for grades K-12 but for children ages zero to five as well. This would make New Mexico the first state in the country with a right to education for young children.

The panel encouraged the journalists to continue to cover this topic from different angles in order to help the public understand the severity of this issue.

Usma Mohamed is the Vice President of Brand Experience and Marketing for the Council for Professional Recognition, which works to ensure that all professional early childhood educators and caregivers meet the developmental, emotional, and educational needs of our nation's youngest children.