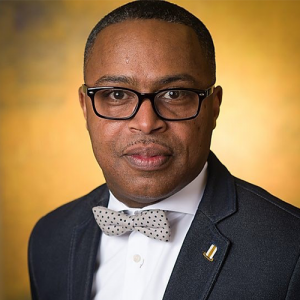 Giving Good Dads Their Due

Frederick Douglass was one of many former slaves who used their freedom to marry and raise children. Within days of escaping his bonds, he married the love of his life, Anna Murray, and their first child was born after about a year. At the time, he made a famous remark that showed his insight into a role he would faithfully fill in his children’s lives: “It is easier to build strong children than to repair broken men.”

His words took on special meaning this month as we marked both Father’s Day and Juneteenth, the date in 1865 when all U.S. slaves were freed. This day of liberation would spark the long years of struggle that led to the election of Barack Obama, a Black president and devoted dad. President Obama grew up without a father of his own—and felt that had left a hole in his life. “As the son of a single mom, who gave everything she had to raise me and with the help of my grandparents,” he said, “I turned out okay. But at the same time, I wish I had a father who was around and involved.”

Dads who are involved in their children’s lives do make a difference, especially in the first three years of life. Extensive research has shown that when fathers engage closely with their infants and toddlers, they make a positive impact on the children. For example, a 2006 study showed that 3-year-olds whose fathers play with them score higher on cognitive tests. And a 2014 study showed that toddlers whose fathers read to them as infants often score higher on language assessments than children who are only read to by their moms.

There’s solid proof that fathers have the power to make an impact on young children’s lives. Yet not all dads have gotten the message—even some who you’d expect to know better. In a New York Times interview, Elon Musk was asked how he balances his “insane” work schedule—colonizing Mars, researching AI and mainstreaming electric cars—with caring for his brand-new baby. His response was that he doesn’t. Babies are just eating and sleeping machines, he explained. “Right now, there’s not much I can do.” But Musk was mistaken since dads can do a lot in the early years when brain growth is most rapid.

These are also the preschool years, when early childhood teachers should partner with parents to help children fulfill their promise. And many educators do. Yet they tend to define a child’s family in terms of the mom and prefer to invite just her to join in most parent involvement events. So, early education programs need to take steps to make fathers feel more welcome. They can conduct in-service programs about improving service to dads, survey men with children in the program to find out about their interests and concerns, establish local father support groups, display books that show children and men in a wide range of settings and rethink their policies to reach all parents.

Dads often need resources and guidance to actively engage with their children, so private and public programs are now giving fathers encouragement and support. Saint Jude’s Ranch for Children in Texas is offering a new Fatherhood Initiative that offers dads meaningful chances to get more involved in their children’s lives. The U.S. Department of Health and Human Services Administration for Children and Families is sponsoring Focusing the Fatherhood Flame Community Conversations, a new program geared to promote father engagement at the grassroots level. HHS has also joined with the Responsible Fatherhood Clearinghouse and Ad Council to issue new #Dadificaton PSAs putting the spotlight on four real dads who’ve faced adverse issues like addiction and immigration to be there for their children.

But too many devoted dads remain unsung, unpraised and unnoticed since gender norms haven’t kept up with social change and the rise in working moms. Fathers are still supposed to be the household’s big breadwinners and only serve as backups for children’s care and needs. Fathers who take time off from work to care for their young fear sending a signal to employers that they put family over the job. And fathers who are nurturing sometimes contend with the stereotype that tending to children is women’s work.

The dadification of America still requires men to rise above outdated social norms—and those who do so are special, as President Obama pointed out. “Any fool can have a child,” he said. “That doesn’t make you a father. It’s the courage to raise a child that makes you a father.” So, this month let’s give the many good dads out there all the credit they are due.