Dr. Washington has led a contingent of Council staffers across the country in recent weeks, and even took the Council’s CDA message to Macau, China, for the World Forum.

From Shanghai to Sandusky, Ohio, Dr. Washington reports that the Council message was trumpeted and embraced at all sessions and speaking engagements, including those attended by other Council staffers. It’s pretty clear that, in particular, the CDA is more important than ever in our mission to train teachers and push for better pay and respect in the marketplace.

“We were very well received everywhere we went and made lots of new friends and potential partners,” Washington said. “Not only is there a critical need for competent teachers in this country, our friends in China and Egypt understand how important it is for them too. We look forward to working more feverishly here and internationally to fill that need.” 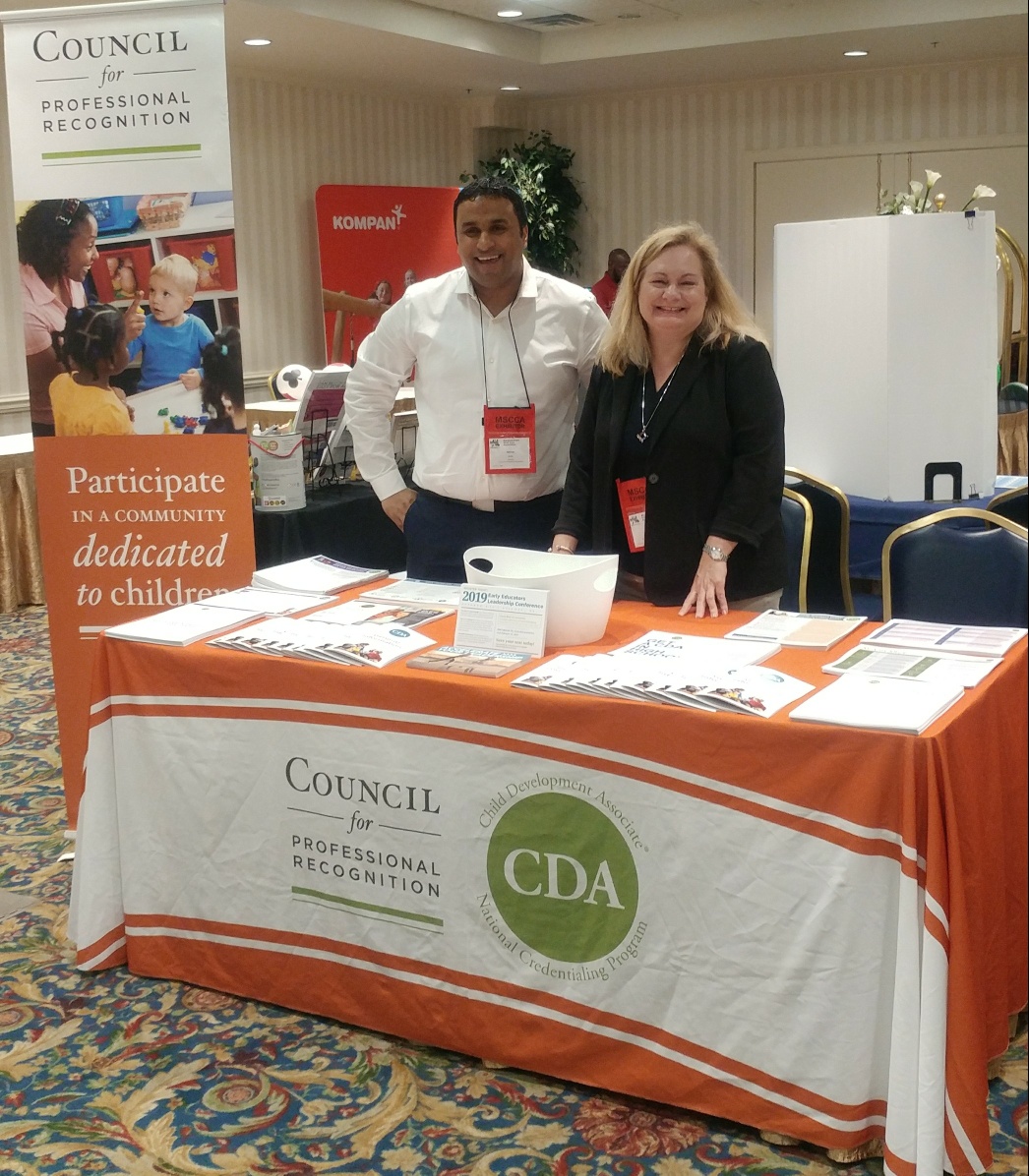 If you’re keeping track, Dr. Washington, Abena Ocran-Jackson and Ken Murphy kicked off the traveling season in early March with a trip to the World Forum.

Sandy Kowalchek and George Scaria attended the Maryland State Childcare Association conference in Ocean City, May 2-5. Of course, we had a booth and many of our friends – new and old – stopped by to say hello.