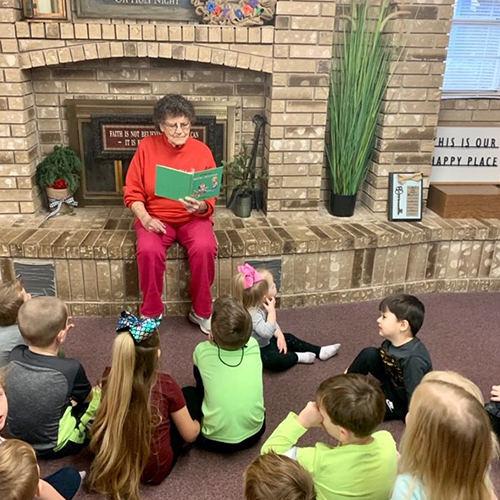 What’s the secret to a long life? Ask 91-year-old Betty Wolford, who’s been working with young children since she was 13 years old. She began by teaching Bible class at her church, and 78 years later, she’s still working at Kae Dee Day Care, the center she built in Lawton, Oklahoma. “All her life has been about kids,” says Betty’s daughter, Daniele Esquer, who’s now taken over the center.

“I grew up with this,” recalls Daniele, who was four years old when Kae Dee opened its doors in 1973. Before that, Betty was “a single mom with four kids, and she had nothing,” her daughter says. Daniele’s bassinet came from a trash bin and Betty was running a home day care out of the family’s trailer. But hard work and help from loved ones allowed her to put the center up and keep it going.

The center succeeded because Betty gave children just what they needed: opportunities to learn, enough time to play, and the feeling that they were at home. All the food was home-cooked, including her chicken vegetable soup, always a big hit with the children.

Daniele has continued making that soup in the years since she took charge. But Betty still teaches every day and Daniele recently helped her renew her Child Development AssociateTM (CDA) credential, which Betty first earned at age 75. “As long as she’s alive,” Daniele says, “I want to continue helping her work with children because it’s so important to her.”

It’s important to Daniele, too, though she didn’t intend at first to make a career in child care and education. “I earned a business degree,” Daniele says, “and I wanted to do something else. Then my husband said, ‘Why don’t you take over the day care?” Since then, Daniele and her husband have made some updates to the center and put in a gymnasium and an indoor pool. But it’s still the same place. And it still offers that same sense of home.

Over the years, “thousands of children have come through the center, along with their children and their grandchildren,” Daniele says. And many of them have also come back when they get older. “I used to care for a lot of teens who helped me in the summer with errands and meals, tying shoelaces and setting tables,” Daniele explains. “My mom used to assure them that they have a job waiting for them at the center, and I tell them the same thing. They’re at an impressionable age, so I want to keep them out of trouble and make them feel like they’re part of something that matters.”

And it’s clear the center does matter to many folks who went to Kae Dee as kids. “Two years ago, in May, we had a reunion,” Daniele says. “The adults who came wanted to eat the same food and play the same games they did as children.” They still thought of it as a home away from home. But that home-cooked chicken veg soup so many of them asked for was just a sign of the warm, homey spirit behind everything they do at Kae Dee. 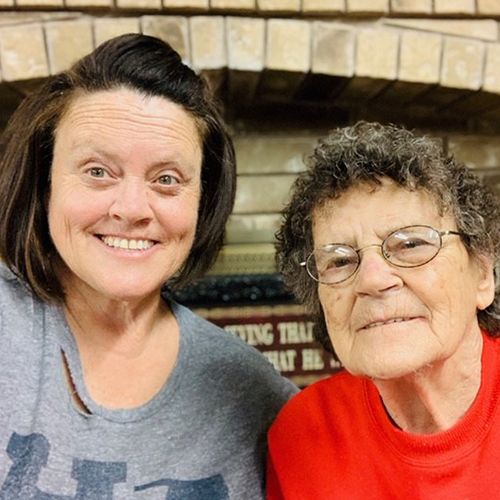 Betty made all the children feel like family, and Daniele has followed in her path. Kae Dee keeps its costs down because “Mom made us promise we wouldn’t rob anyone or charge overtime,” Daniele says. “We honor our faith by treating everyone the way we want to be treated.” And it helps that the facility is all paid for while most centers have a lease.

They’re also able to keep rates low because the members of Daniele’s family do everything themselves. “My husband, like me, has a CDA and he teaches, in addition to washing the dishes and mowing the lawn,” Daniele says. “My daughter also helps out when she’s not in college and might take over one day.” In addition, “Mom teaches with me and insists on going to work each day. Every Sunday she says, ‘This has been the longest weekend. When are the children coming back?”

At Kae-Dee, there are three generations working together. At the family’s side is another person who’s been there from the beginning: a 92-year-old woman who was 74 when she earned her CDA and still serves as an assistant teacher. Doris Wagon started working for Betty in 1973 and she, too, has devoted herself to children. One day, Doris told Daniele,” “I need to be here. If I was home, I’d die.” And her poignant words speak to the power of doing something you love.