Rolf Grafwallner Looks Back on Life Devoted to Education 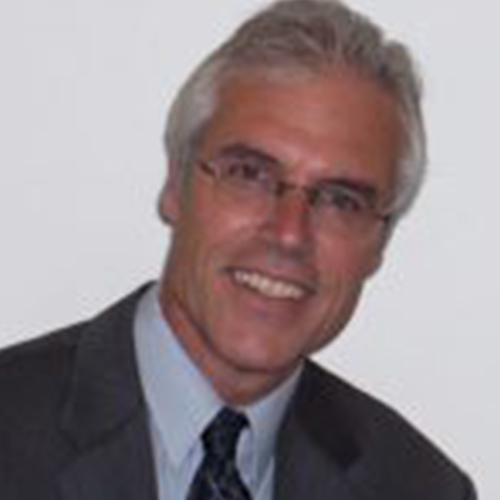 “There are a number of different roads of education and experience that can lead to a career in the early childhood field,” Rolf Grafwallner said as he considered his career. His own road has taken him from Munich, where he planned to become a high school teacher, to Washington, DC, where he’s program director for early childhood initiatives at the Council of Chief State School Officers (CCSSO).

Along the way, he spent 23 years at the Maryland State Department of Education working on early childhood policy and reform.

As assistant state superintendent in Maryland, Grafwallner helped make some groundbreaking steps in the early education field. He was instrumental in developing a statewide kindergarten assessment, the first of its kind in the country. He assisted in developing policies for full-day kindergarten for all 5-year-old children and expanding pre-kindergarten programs for low-income 4-year-olds.

Grafwallner also led efforts to consolidate all early care and education efforts into the state education department, setting up a new model for early education nationwide.

His deep commitment to children dates back to 1977, when he decided to fulfill Germany’s service requirement by volunteering in the U.S. Grafwallner was assigned to work at a Head Start in Lancaster, PA, where he met many disadvantaged children and their family members. Learning about the trials they went through gave him a new social agenda and inspired him to follow a new calling.

“Teaching at Head Start introduced me to early education,” he said. “It’s an area where a lot of foundational skills are set, so I found it interesting and exciting.”

His enthusiasm grew as he attended Head Start meetings on equity and the conditions of learning.

“Head Start had a visionary focus and early education was an emerging field that I could grow with,” Grafwallner said. “You will recall that Head Start began in 1965, just 12 years before my volunteer work, so I was with pioneers in the field.”

As Grafwallner spent more time with this growing group of educational activists, he learned more about the issues and priorities of the field.

They remained in his mind after he returned to Munich to finish his master’s degree in political science, so he went back to Lancaster in 1982 and took a job at Head Start. While working there, he completed a second M.A. in early childhood/elementary education to learn about the theory of the field. He rounded off his education in 1983 by earning a Child Development Associate (CDA®) credential that would give him a stronger grasp of best practices in the early childhood setting.

Earning a CDA was worth the extra work despite his already extensive schooling.

“The CDA was very helpful,” he said. “It’s a very practical, intensive kind of on-the-job training for people who want to work in the early education field. Nowadays, it’s part of the pathway to a career in early education, especially for those who haven’t yet taken the college route.”

And though he had already earned his M.A., the CDA turned him into a true professional in the classroom.

“It gave me a more coherent understanding of my strengths as a teacher and the weakness I needed to work on,” he said, adding that the knowledge helped advance his career.

Before coming to the DC metro area in 1987, Grafwallner earned a promotion to coordinator from supervisor at Head Start.

Ready to face new hurdles, he took a job in Fairfax County, VA, as director of early education while pursuing his Ph.D. By 1994, he was working as assistant superintendent for early childhood development at the Maryland State Department of Education, where he helped build an assessment system, promoted quality in Pre-K programs and worked to bring all early childhood programs under the purview of the department.

“With a lot of tenacity and work, we made early education a priority,” he said.

But early education still faces challenges in Maryland, as it does throughout the country. So now, after his long service with the state, he’s working at CCSSO to make change on a national scale. And he’s still thinking about some of the issues and questions that stirred him as a young teacher at Head Start.

Fortunately, there’s more emphasis on assessment and equity in early education than there was at the start of his career.

“In the’80s, it was not considered education, it was considered care,” he said. “That’s changed as we look to align early childhood education with K-12.”

So CCSSO is working with the National Governors Association to build up the early childhood workforce.

“We need to address the issue at the state level,” Grafwallner said, “and establish more pathways to credentials besides a college degree.”

The question of compensation also demands attention, he pointed out, as more early educators leave the field.

Options include giving educators a wage increase at the state level or giving them a bonus like Maryland did when they gained credentials to climb the ladder in their careers, Grafwallner said. And this or some other type of financial reward is required because “a qualified workforce is the key to continuous program improvement,” as he told the Senate Committee on Education, Labor and Pensions in 2012.

At the time, Grafwallner advised each state to set aside at least 4 percent of its allocation from the Child Care Development Block Grant (CCDBG) to support early educators and families. The goal of the strategy, he told the committee, was “to reverse a trend observed at the beginning of the decade when talented and qualified providers were exiting the field, creating high turnover and a depleted workforce in child care.”

It’s clear they’re prescient words when you look at the shortage of licensed providers we now face as child care deserts spread nationwide, leaving families thirsting for licensed care and education. To stem the flight, Grafwallner pointed out, “We need local state dollars, like in K-12, that would provide better subsidies to families for preschool. We need to resolve the compensation issue through policies at the state level and we need to reorganize current programs to allow for more streamlined, consistent support for our children and their families.”

The states are in a better position to do this than they were a few years back because of increases in the CCDBG. But Grafwallner doesn’t see states moving in the right direction yet.

“We know what we need to do, but we haven’t seen policies that meet that need,” he said.

So he’s working at CCSSO to help state offices of early learning improve opportunities and outcomes for children. The offices have authority to establish and implement policies, administer funding and provide oversight for programs that serve the young, he and his co-authors pointed out in a recent vision paper on effective OELs.

“Regardless of governance structure, strong leaders, highly capable staff and effective, efficient functions within state agencies are critical in achieving the goal of enhanced learning outcomes,” they said.

That has been Grafwallner’s vision since he first came to the U.S. and volunteered at Head Start. He’s still striving, he said, to “improve access to quality early childhood education and care for the children of working parents,” like the ones he met in Lancaster so long ago.

But despite his hard work to boost equity in education, he still finds time to pursue a passion from his youth.

“On Saturdays, I teach advanced German at a school in Potomac, MD,” Grafwallner said. “It takes me back to the days when I was teaching high school, and I might go back to it when I fully retire. I like teaching and education is my life.”