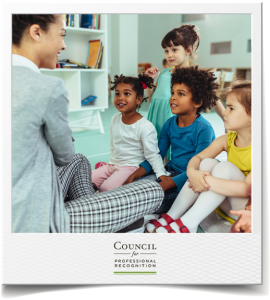 On November 20th, the international community celebrates the 30th anniversary of the Convention on Rights of the Child and the annual U.N. World Children’s Day. The Council for Professional Recognition is proud to participate in a centuries-long legacy of advocacy for child rights— a vision that originated in the 19th century with laws to protect children from work exploitation and which continues through the work of organizations including UNICEF, Save the Children, Head Start, NAEYC and the Council for Professional Recognition.

These organizations are committed to globally securing children’s rights to safety, medical care, freedom from labor, nutritious food and quality early education. As we look forward to future advances in child rights, we can learn from the global history of advocacy for children worldwide. 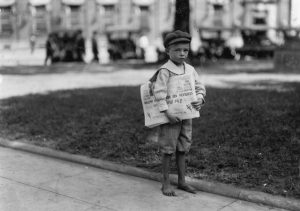 Prior to the 20th-century, children suffered from lack of labor protection in the United States, often becoming employed in coal mines, canneries, textile factories or as “newsies”. In 1901, Jane Addams founded the Juvenille Protective Association, an organization devoted to advocacy against child labor, exploitation and racism in the Chicago region. A few years later, activists joined together to form the National Child Labor Committee, including photographer Lewis Hine, who photographed child working conditions from 1908 to 1924 in the effort to educate the public about child labor abuses. 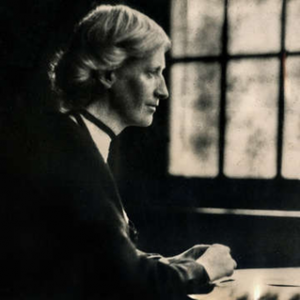 Save the Children [Image: Eglantyne Jebb]

One decade later, activist Eglantyne Jebb launched Save the Children in London. Jebb was arrested as she protested Britain’s military blockades, informing passersby in Trafalgar Square that military blockades led to food shortages for children in Vienna and Berlin. Her pamphlet’s headline read: “Our Blockade has caused this – millions of children are starving to death.”

Despite her arrest, Save the Children continued to grow. The organization successfully raised £10,000 for refugee children in 1921. 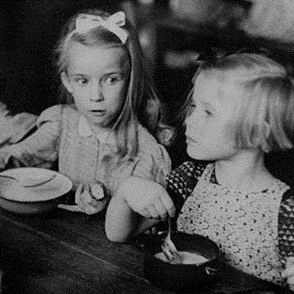 Save the Children [Image: Children in a child care setting in the 1920s]

In 1924, Jebb drafted the Declaration of the Rights of the Child, which states that all children have the right to “means for their development; special help in times of need; priority for relief; economic freedom and protection from exploitation; and an upbringing that instils social consciousness and duty.” The League of Nations adopted the declaration in Geneva that year. 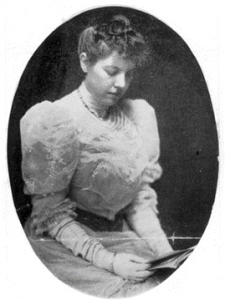 Throughout the 1920s, early childhood educators began to establish nurseries. In light of the widespread increase in nursery education, Patty Smith Hill organized a group of professionals to provide guidance and quality standards for the growing field. The committee became known as the National Association for Nursery Education (NANE) and published the Minimum Essentials for Nursery Education by 1929. 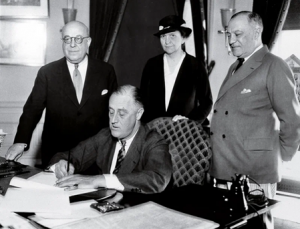 In 1938, the work of Frances Perkins, a dedicated labor activist, culminated in President Franklin D. Roosevelt’s ratification of the Fair Labor Standards Act. In the early 1930s, Roosevelt appointed labor activist Perkins to become his administration’s federal Secretary of Labor. From 1933 onward, Perkins championed worker and children’s rights in New Deal negotiations. Her work was instrumental to ending child labor through the Fair Labor Standards Act of 1938. 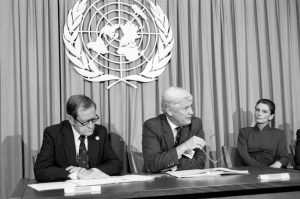 In the recovery period following WWII, the United Nations established two critical measures in the history of child rights: the International Children’s Emergency Fund (UNICEF) in 1946, and the 1948 Universal Declaration of Human Rights which guarantees children “special care and assistance” and “social protection.” 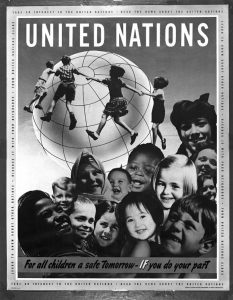 1959 United Nations Poster ‘Declaration of the Rights of the Child’

During the 1950s, activists voiced that children’s rights should not be limited only to safety and nutrition. They stressed that child rights should include education, health care, play and a supportive educational environment. In 1959, the United Nations General Assembly ratified the Declaration of the Rights of the Child, which acknowledges these rights for all children. 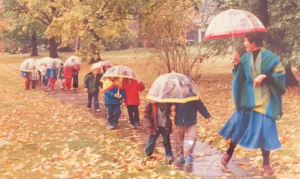 Throughout the 1950s and 1960s, NANE’s membership grew exponentially. In 1964, the organization was reconfigured to form the National Association for the Education of Young Children (NAEYC).

From 1964-1966, the federal government launched the Head Start Program as part of President Lyndon B. Johnson’s War on Poverty. President Johnson appointed Sargent Shriver to organize a committee of child development experts to re-examine the national approach to preschool and child care for children in underserved communities. The panel included Dr. Robert Cooke and Dr. Edward Zigler.

The first CDA was awarded in Washington, DC in 1975 to educator Margaret E. Wright. 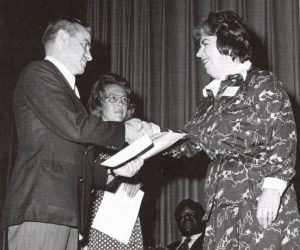 In 1985, ACYF worked alongside NAEYC to establish an organization to administer the Child Development Associate. The Council for Professional Recognition was born from this combined effort, and began administering the credential in September 1985. 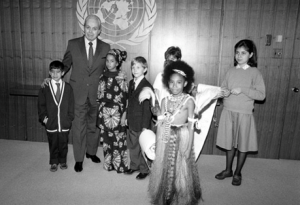 The United Nations continued their dedication to child rights through adopting the Convention on the Rights of the Child in 1989, a groundbreaking treaty establishing children’s social, cultural, political, economic and civil rights. 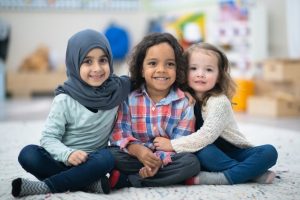 Two years after the Convention, leaders from organizations including UNICEF, Save the Children and Defence for Children International met to establish a program for advancing child rights, leading to the 1995 creation of the Child Rights International Network (CRIN). 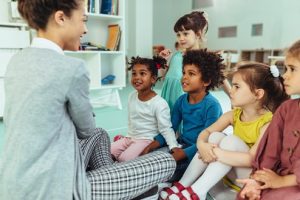 Today, child rights organizations continue to expand their work in communities worldwide. To date, the Council for Professional Recognition has issued over 800,000 Child Development Associate credentials— increasing access for children to receive quality education in adherence to CDA Competency Standards and Functional Areas during the most formative years of child development. The Council is dedicated to advancing child rights through our commitment to safe, equitable and quality child care for children age birth to five across the globe.

This summer, be inspired to grow, act and excel with the launch of CounciLIVE: the Council for Professional Recognition’s new live broadcast series! Join us to hear from special guest speakers on the most vital...

Aaron “Buddy” Rhodes comes from a family of educators. He grew up with positive male educator role models in his life, such as his grandfather and uncle. He first discovered his passion for teaching while...

A New Website for a New Era: 7 Pathways Designed for You

In recent years, our CDA® community has taken leaps and strides in collective growth. At the Council, we have been honored to issue nearly 1 million Child Development Associate® (CDA) credentials to early childhood professionals....

Savannah DiMarco is the Digital Marketing Manager of the Council for Professional Recognition, which works to ensure that all professional early childhood educators and caregivers meet the developmental, emotional and educational needs of our nation's youngest children.