Council Hosts Delegation of Educators From China at DC Headquarters 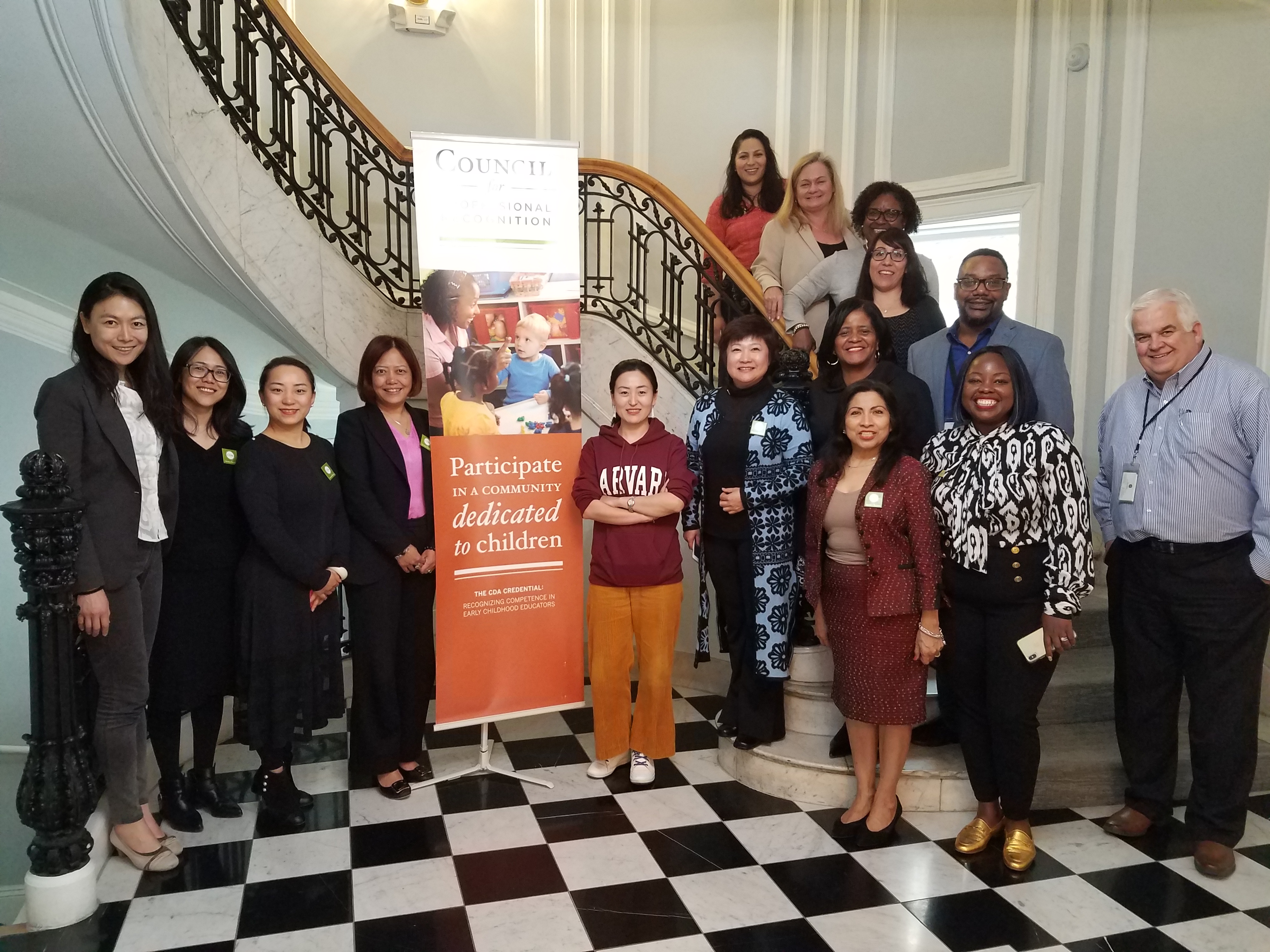 The Council for Professional Recognition had the distinct pleasure recently to host a delegation of early childhood educators from China in our Washington, DC, office.

Led by ChinaWise’s Jing Zhao Cesarone and Manyi Ke (Dr. Connie) of the China Children’s Center, the group received a deep dive into information about the Child Development Associate Credential (CDA) and how it can be applied in China. ChinaWise is working with the Council to bring the CDA to China.

The Council is proud to announce that there are now six CDA credential holders and a Professional Development Specialist (PDS) in China.

“In our ancient times to current days, Chinese civilization has always had huge respect for education. At the same time, the U.S. is very good at building standardized programs and practical procedures and details,” said Ke, a very well-known early childhood education expert in China. “So the CDA program, we’re very interested in bringing it to China … so we can work together to improve our society.”

The delegation was very interested in several areas of the CDA program, but focused on:

Cesarone and Ke said that China has a pressing need for more early childhood education teachers and CDA credential holders because of a key policy change in the country involving births. In 2016, China decided to rescind its one-child-per-family policy and allow two children per family.

According to Bloomberg, policymakers were increasingly concerned that drastic action was needed to face a quickly graying society. The nation’s population will peak at roughly 1.45 billion by 2030 — possibly as soon as 2027 — and then hover around 1.4 billion until the middle of the century.

Cesarone and Ke said the new policy will translate into more children being born in China, underscoring the need for more quality educators of young children. The CDA credential will be needed more than ever to bring uniformity and exacting competencies to the ECE workforce, they said.

“(China’s early child care industry) is growing but there’s a lot of demands that need to be filled,” Cesarone said.

As part of their tour, the delegation spent three days in Boston, attending a one-day training seminar at the Urban College of Boston. The group also went to two preschools and spent a day of training with Dr. Junlei Li of Harvard University. Li was the 2018 keynote speaker at the Council’s Early Educators Leadership Conference (EELC).