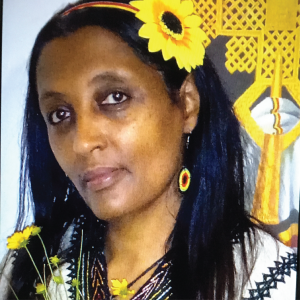 In January 2020, 29 teachers of Ethiopian descent marked their completion of the Child Development Associate® (CDA) Credential™. They celebrated this achievement at an event hosted by the Council for Professional Recognition in its historic headquarters building in Washington, DC. And the teachers were making history, too, since they were the first Ethiopians to earn the CDA® in their native language of Amharic. This achievement reflected the initiative and support of CentroNía, a bilingual DC program that provides quality early learning to underserved children and chances for professional growth to early childhood teachers.

Representatives from CentroNía attended the event, along with members of Council staff. So did Desta, an early childhood teacher at DC Bilingual Public Charter School, a native Ethiopian and a Professional Development Specialist who’s guided many Amharic-speaking candidates in earning their CDA. She, too, had earned her credential at CentroNía, and it was where she began her career in the ECE field. “I loved CentroNía,” she says. “It was like a home for me when I came to DC, where everything was strange and new. It was hard to adjust to a new climate, new culture and new language,” she says. It was also hard to find a job though she had earned a degree in electrical engineering in Bulgaria before moving to Italy and then the U.S.

By the time, she came to this country in 2002, she had two young children and her career plans changed. “I loved being with my kids,” Desta says. So, she looked for a career that would let her be with them while she worked. She found it a couple of years later after enrolling her son in CentroNía. “I loved the welcoming culture that I encountered there,” Desta says. “I also loved being around all the children, so I began serving there as a volunteer. And while I was doing that, I learned about the CDA. I wanted to improve myself and earned my credential in 2004.”

This was way before 2018 when CentroNía started its Amharic CDA program, so Desta had to earn her credential in English. “It was hard though I had been taking ESL classes for a while,” Desta says. “I still was anxious about speaking English, but I believe if your dreams don’t scare you, they’re not big enough.” And Desta’s sense of determination paid off. “Earning a CDA allowed me to become an ECE professional,” Desta says. And it led to a job as an assistant teacher at CentroNía, where she remained until 2015.

Desta enjoyed her work though it also required her to go outside her comfort zone. “As a teacher, you have to speak in front of a classroom of children and you have to communicate with parents. That scared me a little bit because I don’t talk a lot and I’m naturally shy,” she says. But that didn’t stop her from building bonds with the children and forming warm friendships with her coworkers in the program.

The two who stand out in her mind served as both mentors and friends, with whom she’s still in touch. One was Sebawit Yirsaw, a fellow Ethiopian, who’s played a key role in the Amharic CDA program and encouraged her to become a Professional Development Specialist who could guide and assess candidates for the CDA. Another was Eva, a lead teacher from Cuba with whom Desta worked for about eight years in the same classroom. “We had a great time together and she shared her experiences to spur me to go beyond what I had already done. She felt I was a great teacher and should get a degree and take the next step in my career.”

Desta took her advice and in 2015, she earned her AA, leading to her current job at DC Bilingual Public Charter School. Desta was sad about leaving her colleagues, but the new job paid more because it was in a public school, and it offered more opportunities to advance. Again, there were challenges since many of the children spoke Spanish, but Desta’s knowledge of Italian, a close relative of Spanish, allowed her to bridge the language barrier very fast. And she had a particular success with a little boy named Thomas who she worked with about four years ago.

“He was three years old,” Desta recalls, “and he wasn’t talking at all either at home or at school. We thought it was a speech problem, so we helped him all we could and got him the therapy he needed. After six months, he finally began speaking a little, but his first word wasn’t mama or papa, like you’d expect. It was Desta, and that made me super happy,” Desta says. “Now he’s in fourth grade, and I’m glad to report that he’s speaking both English and Spanish very well.”

But successes like this didn’t make Desta forget about the wonderful years she had spent at CentroNía, and she still wanted to help the Ethiopian community from which she had come. Some of the children she’s served at the charter school come from Ethiopian backgrounds, and she exposes the class to their culture by talking about Ethiopian food, language and dress. “We should be sensitive and respectful of each other’s culture,” Desta says. And it’s important to promote acceptance of these Amharic-speaking children since the DC region now has the largest Ethiopian population in the United States.

CentroNía has been serving increasing numbers of Ethiopian families in recent decades, and many of the moms wanted to earn their CDAs. But the center had to turn them away since they lacked the skills in English that Desta had worked hard to pick up. She had served as a Professional Development Specialist for the few Amharic-speaking women that CentroNía did accept into its CDA program over the years. It was hard for the women to earn their credential since someone had to translate all the CDA materials for them, including the CDA exam. That made the women nervous, and Desta did her best to calm them down before they went through their observation, and especially when they took the test.

“The women do better when they’re working with materials in their own language,” Desta says. And that’s been the case since 2018 when CentroNía launched the Amharic CDA. The center has provided the students in the program with Amharic-speaking teachers, including Desta’s friend, Sebawit, and arranged for translation of all the CDA materials, including the exam.

These steps have boosted the number of Amharic-speaking candidates for the CDA and increased the demand for the services Desta provides as a PD Specialist for the Council. “I’m happy to guide and encourage them because it’s a way to give back to my community,” she says. “The number of Amharic-speaking children keeps growing, so we need more qualified bilingual teachers to serve them. CentroNía’s Amharic CDA program is good for the children and it’s good for the teachers, too,” as Desta has seen.

“They’re so happy when they pass the exam and get prepared to pursue their career. I’m also happy to see them succeed,” she says. “And I want to keep growing as an ECE professional, so I can help more members of my community, like those 29 Amharic-speaking CDAs who I joined in 2020 at the Council event. When they celebrate, I celebrate, too.”