Toni Putscher puts her heart into caring for babies.

Published by CounciLINK on December 19, 2019 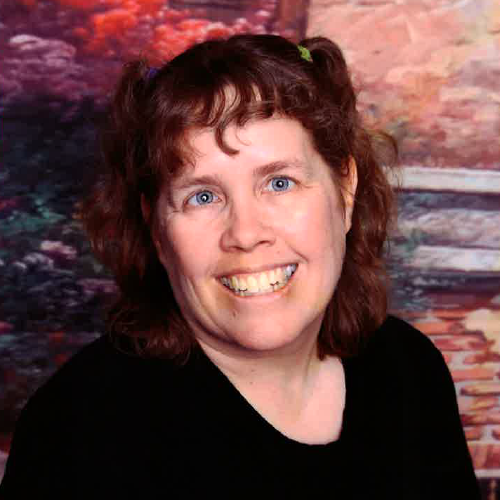 Toni thinks you should never give up on your dreams despite the challenges you face. “I’ve wanted to take care of babies since I was two years old,” she says. “I love to hold them, watch the expressions change on their faces and see their little smiles.” Babies are her passion, and her tremendous love for them has made her a successful early educator for over two decades, though she’s had a learning disability since birth. But she never dreamed in a million years that she would get her Child Development Associate® (CDA) credential.

Her efforts were ill-fated at first, though everything seemed to be falling into place. She received a scholarship from the Head Start program at her center, Smart Kids in West Jordan, Utah. She took all the required classes and really worked hard to prepare for the CDA exam. “I thought I was ready three years ago when it was time to take my test,” Toni says. Then she had the bad luck to break her ankle after falling on Christmas Day.

The next day she had surgery at the hospital and was home for a few weeks. Still, she was determined to take her test as planned. “I went in not realizing how bad I was feeling from the painful break,” she recalls. “I knew I wasn’t able to do my best. So, when I received the letter saying I did not get my CDA I was disappointed but not surprised. I knew I should have rescheduled my test,” Toni says. and she did — two more times.

Again, everything seemed to be set for her to succeed the next time. She received another scholarship from her center, arranged a date for her test, studied and practiced again and again. She was even able to get an accommodation for a reader to sit next to her during the test and help her understand the questions.

This time she was sure she had passed, so she was heartbroken when she received the letter telling her she had failed again. “I threw the letter on the ground and started to cry. I felt like I was not smart enough to get my CDA and I should just give up.”

Fortunately, she had a guardian angel who wanted to make her dream come true. When she told her long-time center director Jill Davidson how discouraged she was, Jill reassured her that she was the most loving, nurturing person she knew and deserved to have her CDA.

Jill also brought her to a Head Start Conference, where she met Vilma M. Williams, Manager for Multilingual and Special Programs at the Council for Professional Recognition. Vilma also urged Toni not to give up and suggested she write her story down to inspire others when she did get her CDA.

And she finally passed in April 2018. “When I saw the letter announcing my results, I was afraid to open it at first,” Toni recalls. “But there it was: a congratulations letter. Needless to say, I just cried. After three years and three attempts, I had made it!”

Earning the credential made her a better teacher, Toni says. And that matters because babies can learn more than most people think. “They’re very smart and very alert,” she explains. “They’re like little sponges and absorb everything around them. What you teach them they carry for the rest of their lives.”

So, Toni spends a lot of time singing to them, reading to them and having them play with books — all activities covered in the training for the CDA. “The CDA helped me be a professional teacher,” Toni says, “so I could be there for the babies.”

She’s also there for the parents, Jill explains. “Toni values her relationships with the parents. They treat her with respect because they know she lives for their babies.” She’s on her third or fourth baby from some families, and she cherishes each one.

“I love all my little babies. I treat them like my own kids,” Toni says. At the same time, she’s careful not to compete with the moms and dads. Toni is usually the one who sees the babies take their first steps and say their first words, as Jill explains. But she doesn’t tell the parents. She keeps the big news to herself so that parents will think they were there when their babies passed important milestones in life. 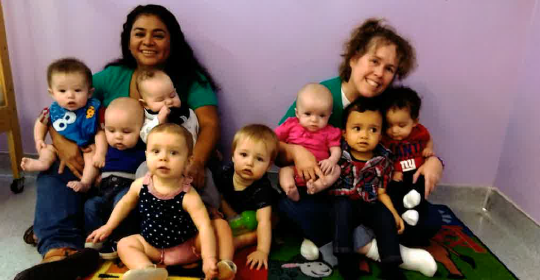 Earning a CDA was a major milestone in Toni’s life. And she hasn’t kept this achievement to herself because she wants to give others hope. “I have overcome challenges and reached my dreams,” Toni says. “Every person should have the right to pursue happiness, even if they’re disabled.” And this commitment to equity for all is at the core of the CDA, Toni points out. “If you are a competent teacher, they will give you your CDA.”