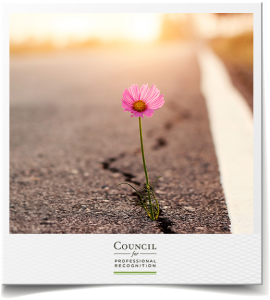 Jamal loved to play rhythms on toys when he was a young boy at Educare, a cutting-edge preschool on Chicago’s South Side. “It didn’t have to be a drum,” he says, like the one he plays when he works with the likes of Snoop Dogg and Chance the Rapper. “I want to tell my story though music,” he says as he looks back on a childhood where he had a few brushes with gun violence and sometimes came close to being homeless. His mom once worried about his safety and his future, but she feels better as he enjoys a blooming career as a musician and attends courses in music production at SAE Institute Chicago. The seeds of his success took root in preschool, Jamal said in a recent visit to his former classroom. “It brought me back to where I started. Educare opened one door after another as I got older.”

Jamal bangs the drum for the power of quality early childhood education in “Tomorrow’s Hope,” a new documentary produced by the Saul Zaentz Foundation. He’s joined by two of his classmates: Crystal, who is now studying psychology at Illinois State, and Jalen, who is a pre-med student at Tennessee State. We get to know them and their families, along with a group of committed educators who decided to do everything they could to lift children from poverty through education.

Their story begins in 2000 as a train rumbles past the Robert Taylor Homes, one of the largest public housing projects in the country and the site of the Educare program. “The project had 14 to 15 apartments on a floor,” recalls a parent who used to live there. “It was a rat’s nest, and my kids were known as rat kids since we never let them go out and play by themselves. You’d walk into the building, and you’d have to say hello to all the gang members. It just wasn’t a safe environment for children.”

And from the moment you entered the project, you got the message that you didn’t matter, recalls Brenda Eiland-Williford, who ran the program and narrates the film. “In those days, the building was constructed almost like a dungeon. You went under the building to get to the elevator, which was almost always broken. Then you walked up two or three flights of stairs rife with drugs, crime and theft. So, when you finally opened the door to the Educare program, you’d be astonished at the brightness and colors amid all this. The environment said, ‘You matter.’”

The point was to “show parents that this is a safe place where you can leave your children with someone who cares about them,” one of the original Educare teachers explains in the film. So, family engagement played a big part in the preschool, as conceived by the program’s sponsor, Ounce of Prevention Fund, now called Start Early. “What we were trying to do was to create a one-stop shop bringing together Head Start, health care and home visits. A lot of work needs to happen beyond what goes on in the classroom,” as Eiland-Williford came to see in the early days of the program. “I went in thinking I was going to help with the academics,” she recalls, “teaching ones, twos, threes. What I was not prepared for was going to the school and getting to know the parents. We looked at the family members as individual human beings, each with their own hopes and dreams.”

Many of those dreams were dashed in 1998 when families heard a new sound: the rumble of bulldozers knocking down the Robert Taylor Homes. When the city of Chicago tore down the projects with ambitious promises of a new beginning and better housing, it threw the community into chaos, Eiland-Williford recalls. “This had been a place where generations of some families had lived. So, when they came out of their homes and saw bulldozers mowing down building after building, it threw the community into a level of fear that was almost touchable.” And it turned out that the families had good cause to feel insecure about the future. In the end, the mayor’s office failed to act on its pledges to build new, better housing on the site and provide robust transition services, as one former resident points out in the film. “The promises were broken and only Educare came through.”

As the demolition went on, many social services deemed the area too dangerous to stay. At that point, the Ounce of Prevention Fund had to make a decision about the level of our commitment,” Eiland-Williford explains. “We decided we were there for the long haul and we would stay. We were the last organization standing, and that was very important because so many institutions were abandoning these families. Though the families knew we might have to move because the bulldozers were coming, they also realized we had not abandoned our strong commitment to them.”

With funding from the city of Chicago and other private donors, Start Early created a new school across the street with an accessible location and outdoor play areas. “When we opened the doors and the families came in,” Eiland-Williford recalls feeling their sense of relief. “The families and communities here have had so many promises broken. As they walked around, I could see them thinking, ‘I can’t believe this is for me and my children.’”

Fast forward 15 to 20 years, and the film shows the high school graduation of Educare’s first class. Among them are Jamal, Jalen and Crystal, who acknowledge the impact Educare made on their lives. “My teachers helped me tremendously in my years beyond day care. They taught me to be a team player, to be strong, to be creative and always to be myself,” Jalen says. “If you start the right way, you finish the right way,” Crystal points out. “And as you can see, I’m finishing the right way.” Now “my hope is to see change for more children,” Jamal says, as he looks back on how far he’s come and expresses his hope to give back.

But change won’t come easy for the 5 ½ million children who are now living in poverty in our country. Less than half of them have access to the type of high-quality early learning that can change their lives. “It will take a lot of advocacy work to improve things for our young children,” as Eiland -Williford points out. “We need lawmakers to take child care more seriously so we can make a difference in a big way. And we need to use the lessons we’ve learned at Educare and transfer that knowledge to people who are trying to do the same thing we’ve achieved.”

As U.S. cities reckon with chronic poverty and violence, the stories of the students featured in the film show the impact quality preschool can make. “I look at these three young people as the future,” Eiland-Williford concludes. She believes they have the problem-solving, conflict management and self-regulation skills they need to thrive. “Of course, they are still going to face challenges, but they got a good start. They give me hope for tomorrow.”