Michigan educator is on a mission to promote change.

Home > Newsletters > Michigan educator is on a mission to promote change.

Published by CounciLINK on December 19, 2019 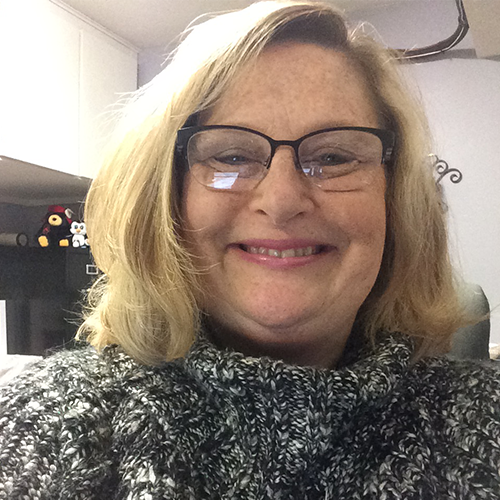 “Cancer changed everything in my life,” Cindy Basse says. “I was diagnosed with colon cancer when I was 34 and working as a retail manager after earning a bachelor’s in music. While recovering from surgery, I had a revelation,” she recalls. “I decided I wanted to stop taking people’s money and do something for others.”

Her mother was a teacher, and Cindy decided to follow in her footsteps by providing children with early care and education. So, she went to Bright Horizons in Seattle and told the director she was passionate about early childhood education though she had no formal training in the field. The director believed in Cindy and gave her a job as a floater with health insurance, now a rare benefit in the field.

And since then Cindy’s career has soared. She went on to become a teacher for twos, a toddler lead teacher, an assistant director, a director and finally a regional manager for Bright Horizons in New York City. While there, she launched her own business as a certified early childhood education trainer and taught numerous Child Development Associate® (CDA) credential courses. “I was very serious about giving CDA students everything I thought was important,” she says, “because the CDA is the best first step to building a career in ECE.”

She also took steps to build her own credentials in the field. She earned her master’s degree through the University of North Dakota and enrolled in a doctoral program in early education

at Walden University before moving to Michigan six years ago to take care of her mom. Walden’s mission is social change, and it’s Cindy’s, too, in the graduate courses she now teaches at Northern Michigan University in Marquette. “I try to empower my students to find their voices and stand up for what they believe in and deserve.”

Most Michigan educators don’t get benefits, as Cindy did while working at Bright Horizons. And she realizes how privileged she was when she sees their plight as a Professional Development Specialist in the northern part of the state. The hardships they face hit especially close to home because Cindy’s niece, Mackenzie, is an early childhood educator who was diagnosed with brain cancer and doesn’t have the health insurance she needs.

“It breaks my heart to see how much Mackenzie cares about the children she serves and not see her get what every human being deserves,” Cindy says. It’s even more poignant because Mackenzie doesn’t just think of herself despite how sick she is. “While she was in the hospital getting radiation and chemo, she often cried for the children who are waiting for her return,” Cindy explains. “Those children are her life.”

Mackenzie is pushing to get back to work though the doctor has told her to hold off a bit. In the meantime, Cindy is encouraging her to earn a CDA and plans to help her prepare for the exam. “Hopefully, she CDA will give her the revelation I had after surgery that you can make early education a lifelong career,” Cindy says. “Perhaps the CDA can be the glimmer in a dark place that helps he find her vocation.”

It can also light the way for educators who’ve already been in the field for decades. “In my role as a PD Specialist,” Cindy says, “I’ve worked with providers who have been teaching for 35 years. And one of them is Donna, a home provider in her sixties who had talked a long time about getting her CDA.

Everyone said it would never happen, but Cindy put in the effort and time to help Donna succeed. “I talked to her about children’s reactions to different things and helped her prepare her home for the observation visit by making a cozy reading corner and an infant area with a mirror and pillows. I also helped her get her portfolio ready, and we met at Starbucks every Saturday for eight months to get it finished.”

Donna finally got her CDA and it has helped her grow in her work, as Cindy is thrilled to see. “When I first met her, she said, ‘I’m just a day care provider.'” Now she has a new sense of confidence and competence as a professional in her field. “What matters is having someone believe in you,” Cindy says. And she filled this role though she doesn’t give herself kudos for how she contributed to Donna’s life. “I’m just a little match that lights the spark. My experiences only happened because I had people who believed in me and started a fire in me.”

As Cindy reflects on her on her work as a PD Specialist she’s reminded of the value of personal bonds. “I’m thinking about the knots that can’t be broken between CDA candidates and us and why every thread of those knots must stay intact. We’re empowering our teachers and hopefully we’re giving them the confidence to achieve their goals.”

As leaders in the early childhood field, “we also shouldn’t forget about the real-life things that show injustice to teachers,” Cindy says. She’s seen the hardships that Mackenzie, and countless other educators have faced because they don’t get the benefits they deserve. And the issue of equity for educators is increasingly on her mind as she completes the last course for her Ph.D. It’s called Leadership, Advocacy and Improvement.

These words took on new meaning for her at the Early Educators Leadership Conference held by the Council for Professional Recognition this fall. At the conference, Dr. Valora Washington, Council CEO, spoke about the gap between the reality of early childhood education and her vision of what it should be. As Washington urged attendees to advocate for their profession, Cindy’s thoughts turned to Mackenzie, Donna and the many committed educators like them throughout the country.

The spark that flared in Cindy while she was sick has now become a lasting flame. She hopes to turn the revelation she had after getting cancer into a crusade for educators nationwide. “I’m working to get beyond my four walls and think about what educators really deserve,” she says. “My mission is to help others by promoting change.”